Hina Jilani is a 62 year old woman from Lahore, in Punjab Pakistan. Hina is the founder of the first all woman's law firm in Pakistan and the Women's Action Forum. In addition, Hina is an advocate for the supreme court of Pakistan and the First UN special representative of the secretary general of human rights defenders. She also contributed to her achievements by building Pakistan’s first all legal aid center.

Hina focuses on The Human Right: Article 7, which states "We're all equal before the law". This means that people are required to have the same amount of protection under the law, there cannot be any special treatment for a certain gender, nor denying another gender rights. One major movement group created by Hina Jilani is the "Women's Action Forum" (WAF). This is a women's rights organization in Pakistan. It was established in Karachi in September 1981. It is a non-partisan, non-hierarchical, and non-funded organization. It is supportive of all women and their rights. She was also one of the founders of Dastak, which, is a shelter providing free-legal counsel and support to women who had faced gender based violence. This has helped many women flee from abusive marriages, child marriages, and honored killings. 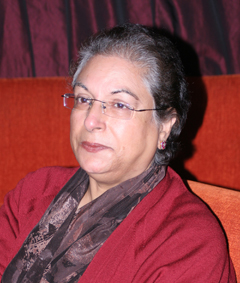 As a result of her actions to advocate for Human Rights, she had received many death threats and gotten abused. Hina Jilani's sister, Asma Jahangir, is also involved with the Human Rights issue. Asma is a Pakistani lawyer and co-founder of Pakistan's first all-female legal aid practice in Lahore.